The TD Saturday Market launched in 2003 when downtown Greenville was just beginning to flourish. It wasn't the first time a farmer's market had come to downtown Greenville. In fact, there was a market in the 1920s on Court Street that eventually ceased to exist.

In the early 2000s, Mayor Knox White decided it was a great time to bring back a farmer's market downtown. The renewal of the market in 2003 was located on Court Street and offered roughly 20 vendors. Attendance was low during the market’s infancy, however, as word spread and Main Street’s popularity as a destination for shopping, dining, and entertainment grew, so did the market’s attendance.  In 2007, the market relocated to Main Street. This move allowed for more space so that additional vendors could be welcomed to the market.

Now, the market not only offers about 75 vendors, but also exciting programming, including live music, children’s activities and chef’s demonstrations sponsored by partnerships with local organizations. 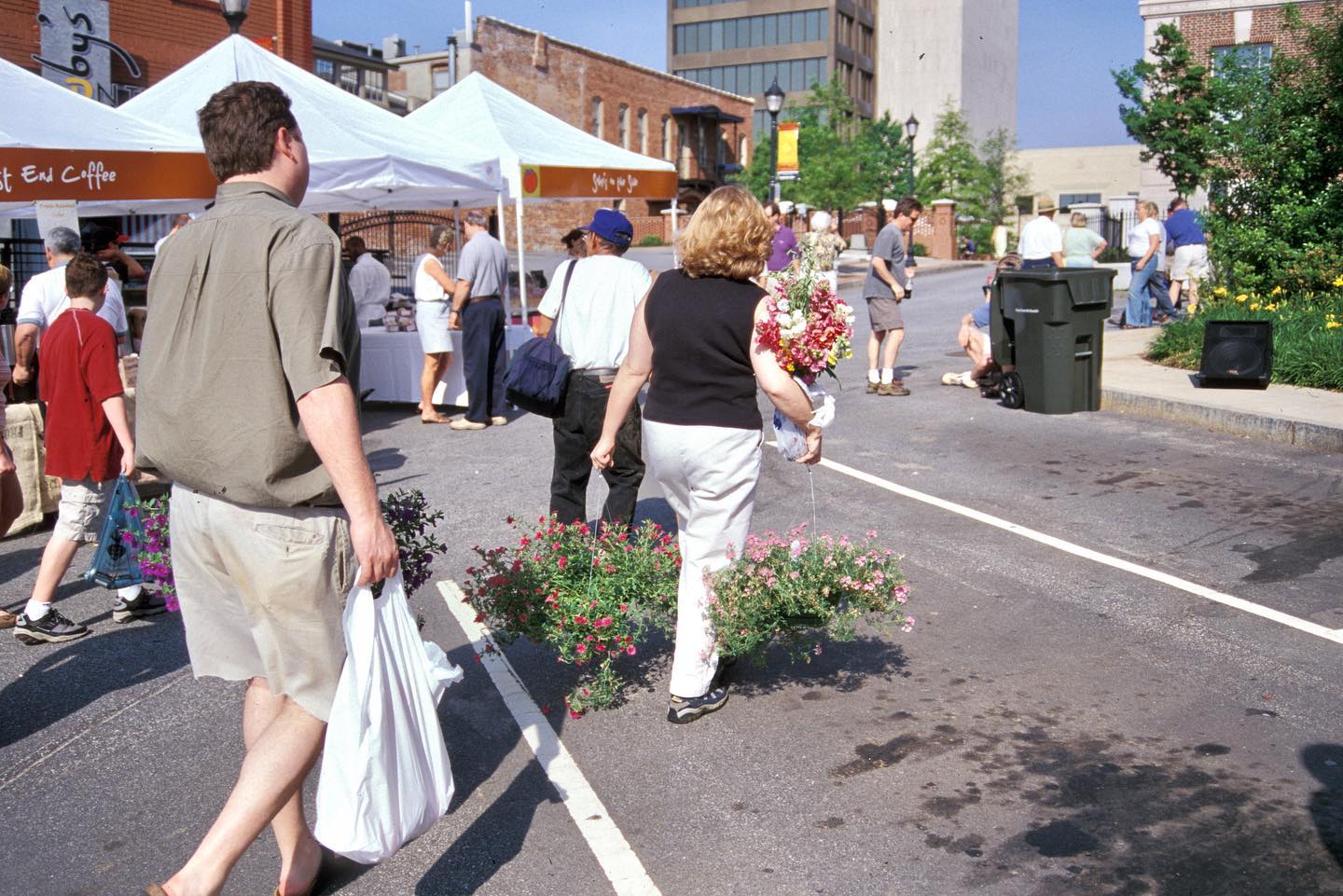 Read a more in-depth version of the market's history here.